(CNN) Air pollution is one of the world’s invisible killers.

It causes seven million premature deaths a year, making it the largest single environmental health risk, according to the World Health Organization.
In urban areas, air quality is particularly problematic. More than 80% of people living in areas where pollution is monitored are exposed to air quality levels that exceed WHO limits. And given that by 2050 two thirds of the global population will be urban, cleaning up our cities’ air is a matter of urgency.
One well-established way to reduce air pollutants is to plant trees, as their leaves catch and absorb harmful particulates.
But planting new trees is not always a viable option.
That’s why the “CityTree”, a mobile installation which removes pollutants from the air, has been popping up in cities around the world, including Oslo, Paris, Brussels and Hong Kong. 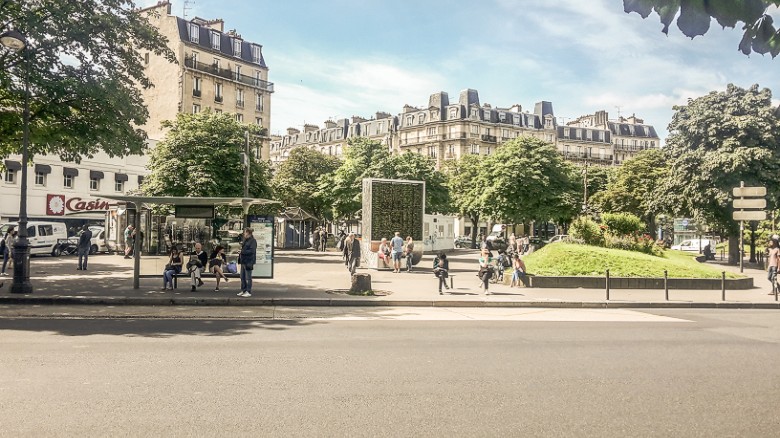 A CityTree in Paris, France.

Moss is in the air

Each CityTree is just under 4 meters tall, nearly 3 meters wide and 2.19 meters deep, available in two versions: with or without a bench. A display is included for information or advertising.
Berlin-based Green City Solutions claims its invention has the environmental benefit of up to 275 actual trees.
But the CityTree isn’t, in fact, a tree at all — it’s a moss culture.
“Moss cultures have a much larger leaf surface area than any other plant. That means we can capture more pollutants,” said Zhengliang Wu, co-founder of Green City Solutions. 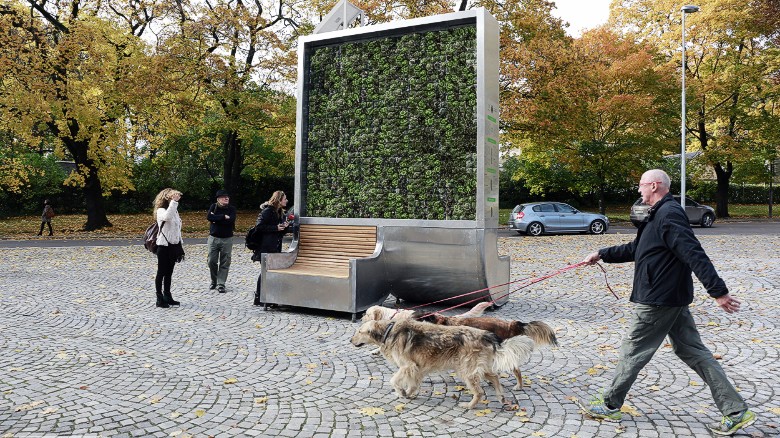